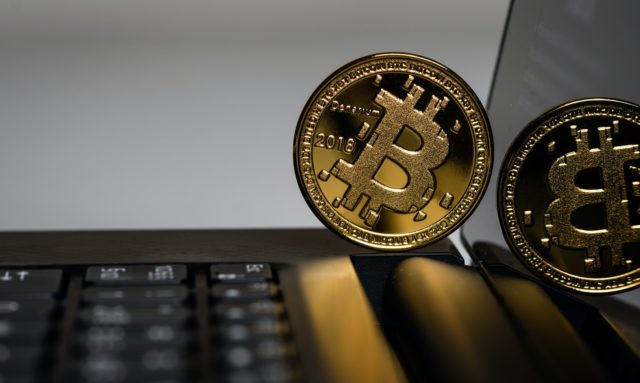 As the original cryptocurrency, Bitcoin was the inspiration for hundreds of others, including little brother Litecoin and Ethereum.

But some of these blockchains—including Bitcoin Cash, Bitcoin Gold, and Bitcoin Diamond—are direct forks of Bitcoin and share most of their DNA with the leading cryptocurrency.

Freeliquid on BSC and ETH – Collateralize your Liquidity for 90% Loans

In total, there are over 40 bitcoin offshoots resulting from people deciding to fork the Bitcoin blockchain to create their own cryptocurrency. Here are three of the most popular:

Bitcoin Cash—also known as Bcash—is the most famous fork of Bitcoin.

This cryptocurrency born in August 2017 was the result of ideological differences between those who thought of bitcoin as more of a store of value, like digital gold, and those who maintained that it should be thought of as a peer-to-peer currency.

This led to disagreement over how the network should most effectively be scaled. Bitcoin Cash supporters thought that increasing the block size was the answer to accommodating more transactions, and the rest of the community thought that SegWit provided a better solution.

Bitcoin Cash supporters like Roger Ver said the bigger block scaling method would let Bitcoin stay true to Satoshi’s original vision of a peer-to-peer digital currency, but his opponents argued that the big blocks would only provide temporary relief and that the SegWit scaling method was better over the long-term.

This led to heated debate within the space, and eventually, a group of activists and developers pushed for a hard fork that would increase the Bitcoin block size.

Just over two months after Bitcoin Cash came another fork, this one proposing to help Bitcoin become more decentralized by using GPU mining rather than ASIC mining.

This change to the mining algorithm meant that Bitcoin Gold could be mined using anyone’s spare computing power without having to invest in specialized mining equipment, just like in the early days of Bitcoin.

The fork was driven by a few enthusiasts who believed that the original Bitcoin mining system had become monopolized by a handful of mining companies, making it too centralized and vulnerable to attack.

Bitcoin Private. This cryptocurrency aims to bring together the benefits of bitcoin and the privacy features of Zcash—specifically zk-SNARKS, of which the “zk” stands for “zero-knowledge.”

But instead of being forked directly from bitcoin, as was the case with popular cryptocurrencies like Bitcoin Cash and Bitcoin Gold, Bitcoin Private was created from a copy of a digital currency known as Zclassic which is itself a fork of ZCash, and ZCash itself was a fork of the original bitcoin.

Complicated? That’s why Bitcoin Private has come to be known as a spork, rather than a fork!

Each of these cryptocurrencies is the result of a change to the rules governing the Bitcoin network.

As a decentralized network, no single party has control over Bitcoin. Instead, the blockchain is kept ticking over by algorithms based on certain rules. These algorithms facilitate transactions, prevent people from spending the same bitcoin twice and regulate the flow of freshly mined bitcoins into the network.

If someone wants to change the rules, and the people running Bitcoin nodes maintaining the bitcoin network can agree that the new rules will make bitcoin better, then they can be implemented with no issue through either a soft fork, which happens when the proposed changes are backwards compatible or a hard fork when the proposed changes are not backwards compatible and a new chain and cryptocurrency must be created.

With an agreement that a fork will take place, the people running the nodes agree on a certain block number when a new chain will be created bound by the new rules.

When this block is mined, another blockchain is created. So we have one chain that follows the old rules, and one that follows the new rules. Both share the same past blockchain, but the new blocks are different in each chain—It has forked.

If you are holding Bitcoin at the time of the fork, then you will also receive the cryptocurrency associated with the new chain. This is why the price of a cryptocurrency will often rise before the date of a hard fork as buyers stock up to make the most of the opportunity to get more funds.

But just because the numbers of coins you have doubles, the value of those coins is still based on market forces and many forks of Bitcoin have become almost worthless.

Freeliquid on BSC and ETH – Collateralize your Liquidity for 90% Loans

With over $45 billion in tokens locked within the Ethereum-based decentralized finance market, banks are being shorted by financial enthusiasts...

Gemini, or Gemini Trust Company LLC, is a digital currency exchange platform that allows online users to buy, sell, and...

Crypto market crash may have been the result of market manipulation

While difficult to estimate the total damage caused by the scammer, Energi Defense claims to be able to link him...

Tezos can settle ICO related lawsuit for $25 million in cash

Editor’s note: An oversight was made in regards to the value of the settlement proposed in this case. The article...