Bitcoin bulls are back, and they’ve brought with them the biggest crypto bull of them all: Tom Lee. The Managing Partner and the Head of Research at Fundstrat Global Advisors has made many calls for Bitcoin price targets, but once the bear market really ramped up, he began to bite his tongue and reel in his lofty predictions.

But now that bullish sentiment as enveloped the crypto market it once again, and Bitcoin inches closer to $10,000 – an important FOMO trigger – Tom Lee is back to making bold calls about the leading crypto by market cap, and believes that the digital asset will trade between $20,000 and $40,000.

Like a groundhog poking its head out of a hole to check if winter is almost over, Tom Lee is once again making predictions about the future value of Bitcoin now that “crypto winter looks over.” And given his positive prediction for the crypto asset in the coming months, let’s hope he doesn’t see his shadow and cause the market to suffer through a few more weeks of bear market.

Jokes aside, the Fundstrat Managing Partner and outspoken crypto bull has made some very serious claims about the prices he is targeting in the future. While speaking to Bloomberg, Lee pointed out how close the asset was to the $10,000 Bitcoin price level that would serve as an enormous FOMO trigger – and has done so effectively in the past, doubling the price of Bitcoin in a matter of days once breached.

Once $10,000 is broken above again, Lee expects a similar reaction to what occurred during the highly-publicized meteoric rise of 2017. Around Thanksgiving that year, Bitcoin passed $10,000 as families talked during family dinners. The net result was widespread retail FOMO, and the price of Bitcoin reaching its all-time high of $20,000 not even a full month later. The bubble popped, a correction and bear market ensued, and the rest was history. 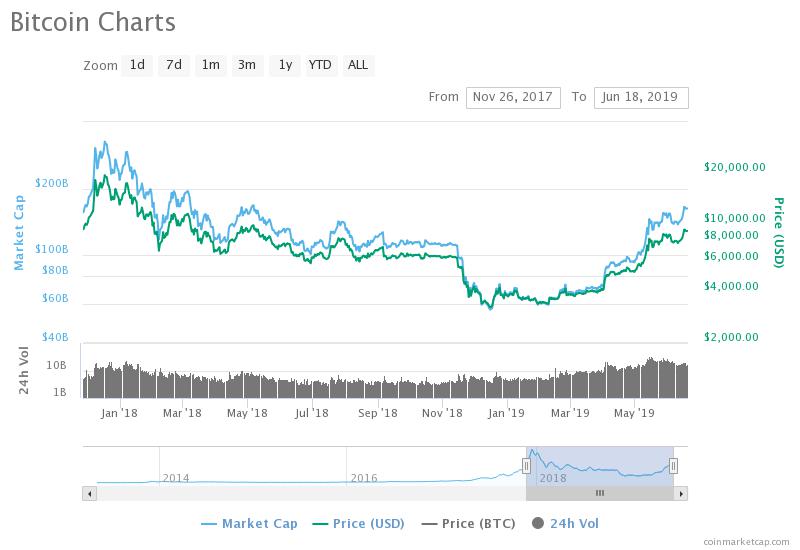 Now, after an 85% drawdown from peak to trough, Bitcoin is once again flirting with $10,000, and it could just as easily take Bitcoin back towards its all-time high, and according to Lee, even higher. In a quote, Lee nonchalantly suggests that Bitcoin will be trading “in the $20,000 to $40,000 range.” Such a number would double and quadruple the price per BTC from here, and would set a new all-time high for the crypto asset.

He calls the upside “substantial,” citing the digital gold counterpart’s scarcity as among the many factors that could drive up the price of Bitcoin. In addition to the asset’s relative scarcity due to its hard-capped supply, Bitcoin was also designed to be deflationary, and was created to feature an event called the “halving” that further constraints supply. These unique factors are part of why Bitcoin is the fastest rising asset ever, outperforms all other asset classes, and investors always wish they bought more.

The crypto whale who wants to give billions away – Cointelegraph Magazine

a New Altcoin That Will Definitely Go “to the Moon!”

Bitcoin Is In First Inning, Like Investing In Apple Or Google Early