GateHub saw a hack earlier this month, where the service provider lost 23 million XRP worth approximately $9,221,827 million. However, large sums of XRP were moved from GateHub’s wallet to various other wallets from the stolen funds, on June 13. 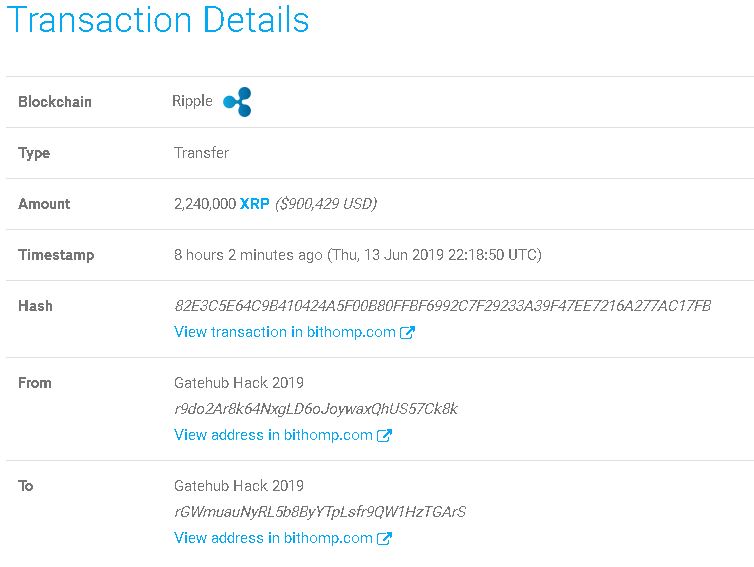 The final, ninth transaction that took place on June 14 was carried out from a wallet address, r9do2Ar8k64NxgLD6oJoywaxQhUS57Ck8k and recognized as one of GateHub’s wallets, while the receiver’s address was rphR3kQ7G8hf3MZoLGRBqhuijEyUSvpZM8. The hash rate for the transaction was 45A6F0457CDB9506E85BA83C05EE1240956D6640D2246D099E52AB07A35B8D31, and the transaction details were as follows, 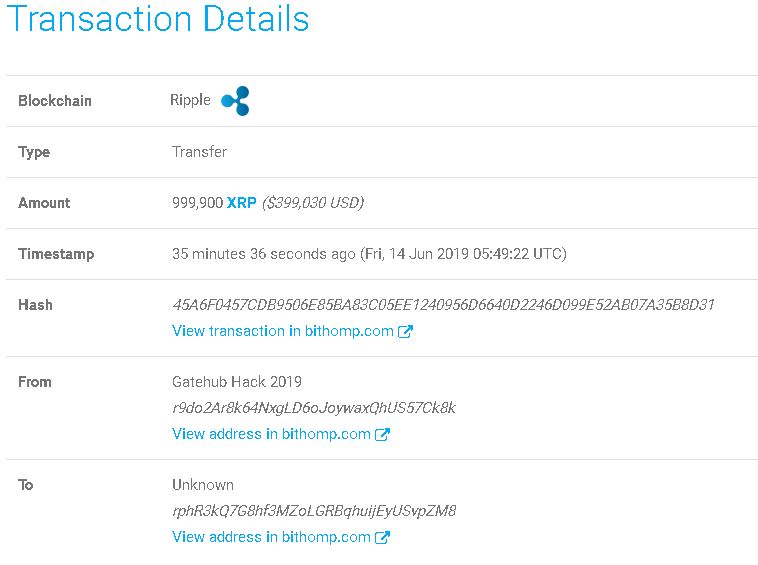 However, a few days back, ChangeNOW, a non-custodial exchange through a blog post had mentioned the address of the offending account, r9do2Ar8k64NxgLD6oJoywaxQhUS57Ck8k, the same address from where the last transaction of 999,900 XRP took place. The receiver of this sum also received 181,100 XRP from a suspicious account,  rMcqiWXMJEAEMXaFFgnjeuASwAMmef8B8c, ALSO marked by ChangeNOW.

These transactions are a cause for concern as the non-custodial exchange had announced the recovery of almost 500,000 XRP. However, a few days later, these funds were transferred from the “offending wallet.” GateHub had previously warned its community of increased phishing activities.