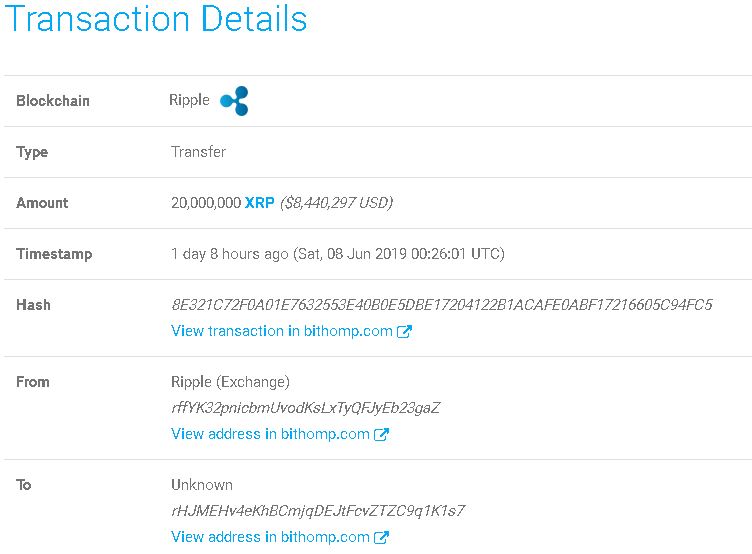 After investigating further it was noted that the receiver’s address had received the same amount from the exchange before and was probably used to send to other addresses. The XRP balance of the receiver was 22.323 million.

Another transaction took place seconds after the above transaction, where Ripple exchange transferred another 20 million XRP to a wallet identified to be XRP ll wallet. The address of the XRP ll wallet was rHjJwY4maqRyUxCnJ9bNNQ2Tva9fe9T8ud. It was found that this address had been used to transfer XRPs to various exchanges like Digifinex, Hitbtc, and Huobi. This address could just be Ripple’s, however, the name confused many people from the community. 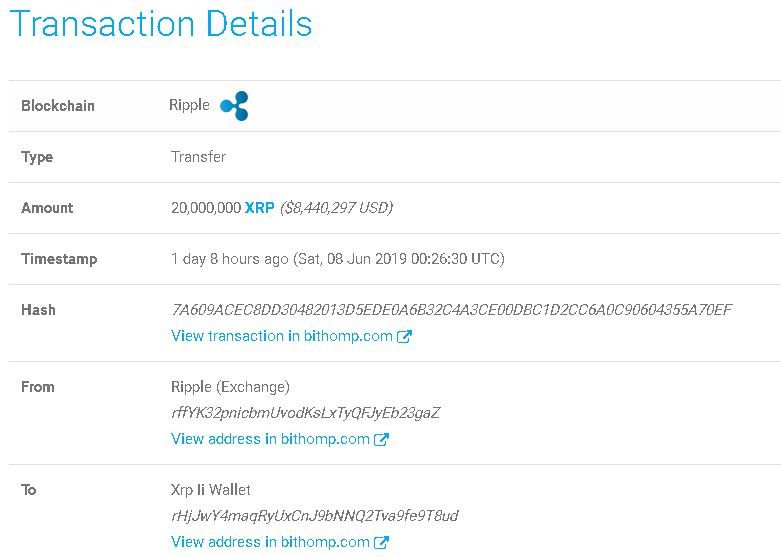 Twitter user @CWSlater2, commented after looking at the transactions:

“Is this someone buying #XRP or Ripple flooding the market??”

Such transactions are not new in the cryptocurrency ecosystem but these bulk transactions are worrisome as the speculation on an imminent dump gets affirmed. At press time, XRP was valued at $0.4120 with a market cap of $17.40 billion. The 24-hour trading volume of the third largest coin was noted to be $1.17 billion as it fell by 1.96% over the past day. In the past seven days XRP fell by 5.85% bt picked itself up by 0.25% within an hour.

Namrata is a full-time journalist and is interested in covering everything under the sun, with a special focus on the crypto market.